PRESS RELEASE : ‘All Together Now. The Mixes’

‘All Together Now. The Mixes’ - OUT NOW    https://thefarm.lnk.to/AllTogetherNowPR    BMG Rights Management   30TH ANNIVERSARY OF CLASSIC HIT INSPIRED BY THE 1914 CHRISTMAS TRUCE OF WORLD WAR 1 Marked With NEW Digital EP featuring rare mixes and a NEW HD version of...

BMG Release https://thefarm.lnk.to/Spartacus30 To commemorate the 30th anniversary of Spartacus being No 1 in the album charts BMG have released Spartacus 30 which includes many tracks/remixes previously unavailable and released a HD version of Groovy Train. All the...

Welcome to our site!

On the left you will find upcoming gigs, with links to tickets and on the right you can sign up for our newsletter. We only send a few a year, so won't spam your inbox. Above that you can follow us on Spotify or follow us on our other social accounts. In the menu...

Signature Living presents Signature Live Sessions, the most unique live music event in Liverpool. The city’s latest and greatest artists perform live every month on the Eden rooftop at The Shankly Hotel with the iconic Liverpool skyline as a backdrop. Curated and...

All Together Now – Alexa Skills App

Never shy from pushing into new technical territory, The Farm have created their own official fan Skills App for the Amazon Alexa Skills service, which users connect to at home for a variety of reasons including listening to their favourite bands on Spotify or Amazon...

More gigs to be announced soon…

The Farm are headlining the Cornwall Motorfest in August. For details and tickets check out the event website.

Win a Cabin for 2 people on the Shiiine On Cruise and we will throw in £50 & €50 spending money in for good measure as well. Simply click on the link and fill your details in. That easy ! https://www.surveymonkey.co.uk/r/SHIFB The winner drawn at midday on Feb 5th...

Looking for a unique Christmas present?

Look no further. Join The Farm for an unforgettable trip to Amsterdam on the legendary Shiiine On Mincruise in March 2018 Weekend packages available via www.shiiineon.com/cruise

9-11 March 2018, Hull to Amsterdam The ultimate festival for dance and indie fans brings another epic event to the high seas. Following the overwhelming success of the inaugural cruise in 2017, Shiiine On is back on the with an even bigger line up. Price includes...

The Farm are returning yet again to Shiiine, which promises to be better than previous years. The crowd are always superb and the event brilliantly organised. Come on, snap up the remaining tickets...

Shiiine On almost sold out

A limited number of tickets are still available at http://www.shiiineon.com/tickets 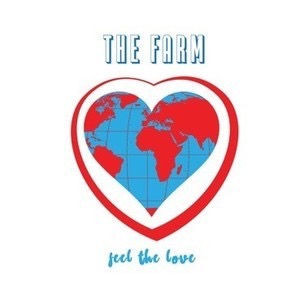 Click HERE for our new store. We only have limited copies left of our Feel The Love CD.  Http://store.thefarmmusic.co.uk Peace. Love. Farm.

THE FARM TO SUPPORT MADNESS IN FALKIRK

The Farm will join Madness as their special guests when they perform at Falkirk Football Stadium next week (Friday 4th August). The band, famous for hits such as ‘Groovy Train’, ‘Stepping Stone’ and ‘All Together Now’, will perform to a packed audience, ahead of...

Click HERE for our new store. We have limited copies of our Feel The Love CD available now.  Http://store.thefarmmusic.co.uk Peace. Love. Farm.

Is here http://mailchi.mp/79638acae5c3/the-farm-newsletter Sign up to receive latest news and stuff.

The Irish Village presents Lightning Seeds, The Farm & Toploader live at The Dubai Duty Free Tennis Stadium on Friday 12th May 2017. Three top UK bands from the nineties with 17 UK Top 20 records between them, and well known for their live shows, will each play 40...